Today has been a tough day.

It started with Solomon waking up at 5 a.m. and refusing to go back to sleep. I rocked him, I gave him milk, I put him back in bed and let him cry. I finally caved because it was either get up and have only one cranky child or allow him to wake the entire crew.

Despite being up early, the morning was rushed. Madeline spent half the morning screaming about her shirt being too small, her missing shorts, her leggings being too tight, her itchy skin and Lily wearing the wrong underwear.....she was a disaster.  Meanwhile, Solomon cried because he wanted to be held, he wanted to eat, he didn't want to eat, he wanted to sit in a chair, he wanted to stand in the chair, he fell backwards out of the chair.....on and on and on. All the while, Aidan was downstairs banging on his drums and Liam simply wanted eggs with his toast, five minutes ago LADY!

I pressed on, made the children their breakfasts, packed their lunches, fixed Madeline's skin and clothes issues and as it neared the time we really needed to leave in order to not miss the bus, I realized Solomon was no longer in sight. I rushed downstairs thinking maybe he had gone down to listen to Aidan. He had not. I rushed up the two flights of stairs to the top level and found him in my bathroom (I really need to figure out a way to lock that room!) and as the scene unfolded, all I could do was shake my head and sigh.

He had pulled out the drawer organizer throwing it across the room and had found, in the mess he made, a tub of Vaseline.

Oh yes, he did. By the time I got there, he was stirring the vaseline with a toothbrush, a comb and one of those long metal dental picks. There was vaseline all over the bathroom, the tub, the floor but mostly all over him. He was covered. His arms, hands, face, and most of all, HIS HAIR. And the cat was laying there on the side of the tub, licking at the piles of vaseline.

Have you ever tried to clean up vaseline?

After the kids got on the bus, I took a deep, deep breath, then proceeded to take a three mile walk with a friend before heading straight to my Ashtanga Yoga class. While I couldn't fathom being calm enough to do yoga, I knew I needed it. Half way through, the childcare called me out because Solomon had a diaper issue. Not only had he soiled the diaper but he had managed to stick both hands in it as well. To say the least, the day was not off to a great start!

After yoga, we headed to Costco. It was there that I ran in to an acquaintance I had not seen in over a year. I commented on her new hair style and she explained to me that it was a wig, that she had breast cancer and was going through treatment. Her two kids (9 and 7) patiently waited for her to tell me her whole story (which you can read about at her blog). It was a lot to take in. She is so young. She is so pulled together...so full of hope.

On the way home, I heard from a friend in CA who has recently been struck by a very rare autoimmune disease that left her almost fully blind. She is slowly recovering her sight but taking care of her three kids has been challenging. She went on to tell me she is in the process of a divorce, has had to file bankruptcy and has no health insurance. Without her sight, she could't work. But she is finally getting interviews for better paying work and hopeful that she will be able to make a better life for herself and her kids.

Wow. And I was thrown off by a tub of vaseline.....nothing like a little perspective.

May you have the kind of weekend where you hold your blessings close and if something unexpected is thrown your way, may you quickly remind yourself, "It's only Vaseline." 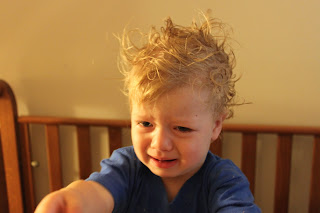 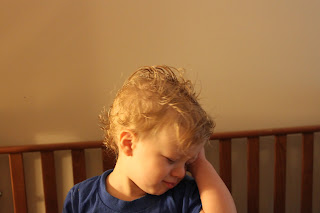 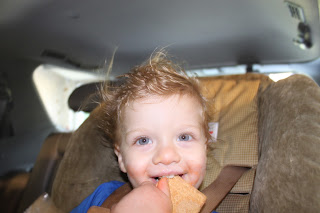 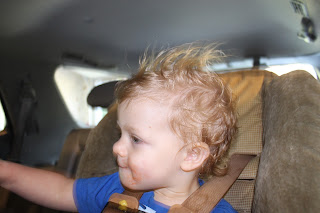