You May Not be Cut Out to be a Photographer if.....

You might not be cut out to be a photographer if you can't get the smiliest kid in the universe to smile for the camera.

I'm not here to judge mind you. I have no special skills when it comes to photography. And when school pictures come along, I obviously have issues even dressing my kids appropriately as I learned, once again, this year when I sent Liam to his school pictures wearing his Fried Egg and Bacon Smiley Face shirt. It would have been great had they captured the entire shirt but since all they got were the eggs well......see for yourself....


So, I am not judging mind you. We all have our strengths and weaknesses but if you are a professional photographer and the best you can elicit from Guy Smiley is this (see Liam in Kurt's arms, not even paying attention, much less smiling!) I really do have to question your calling. 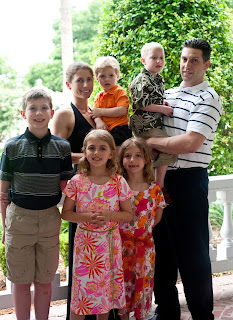 At any rate, here is our summer so far in pictures since I obviously can't find the words or time to write about any of it! 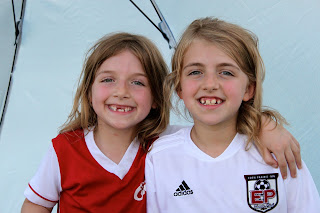 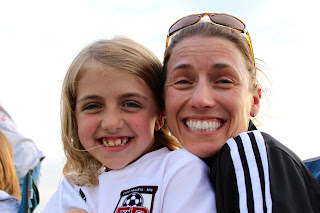 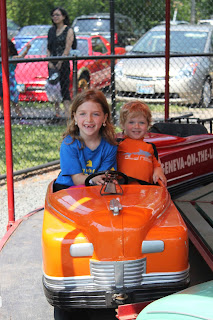 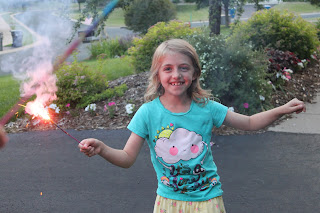 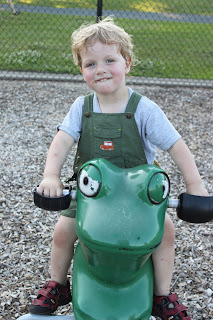 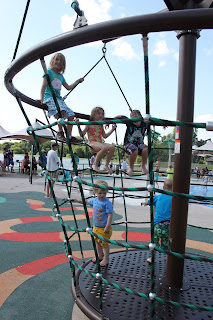 Have a great weekend!

Posted by karen diane at 4:20 AM No comments:

Out of the Gizzard, Part Two

We are slowly coming up for air from the Gizzard stay-cation. We have been down to FL to help celebrate my parents' 50th wedding anniversary, brought back my nephew for the summer (yes, I know that means we now have 6 kids in the house and no, I am not insane. This made total sense at the time and so far it has been terrific, minus a few little incidents here and there as they adjusted to one another and he adapted to life with a few more rules and regulations and, um....competition), and then we made it through several ridiculous weeks of camps and sports (and sport camps) that included me needing to get four kids to three very different places at the same time each morning. Breathe.....

But in the midst of the craziness, I have learned an awful lot:

No, he is not sitting there for hours delighting in the depths of Tolkein but apparently the kid taught himself to read. (Because God knows I can't take the credit!) Put a BOB phonics based book in front of him and he is golden. And when 'Mat sits on Sam', he just laughs and laughs while I marvel at him long enough for my wondering of "How on earth did I miss this??" to turn to "WOO HOO! LESS WORK IN KINDERGARTEN!"

2. You can eat Flowering Kale.

This may not be important to you. However, to someone like me whose favorite food is a vegetable that every last darn plant nursery sold out of "just yesterday, you just missed the last tray...." and so the only option was to plant flowering kale rather than edible kale in hopes that maybe all those plant people were wrong and you could in fact eat it, well, YEEEEEEEEEE HAW! I will so totally eat the flowering kale out of my garden. I will eat it here and there, I will eat it EVERYWHERE! And for the record, the little leaves on the flowering kale are just the right size to make perfect kale chips. Score! (In your face plant people!)

3. It's never a good idea to try to take off a little boy's shoes when he is trying to urinate.

Just trust me on this one. (In your face silly mom!)

4. You can slip on a banana peel just like in the cartoons.

And it is so much funnier when the 5 year old comes up laughing because well, duh, he just slipped on a banana peel just like in the cartoons! (Right back atcha kid!)

5. My windows are super squeaky clean!

And that might be the least truthful thing I have ever written here given the 2- and 5-year old boys who seem to think exchanging their mucus and saliva for whatever might be on the glass is a daily must. But today, when Solly found a little bitty bird gasping for air on our deck, in pure shock from his crash into the very high window (clean only because the kids haven't figured out how to get up there yet....) I had to marvel just a little at how often this happens. Solly, of course, immediately pet it and then ran to get the lid for the Smokey Joe (think: tiny grill sitting on our deck) which I had to force him to take away from the bird as we were not catching it or hiding it or anything of the sort SOLOMONSTER! Liam wanted his picture taken with it and the bird just graciously sat there through it all, enjoying our company, not eating the crumbs we offered (courtesy of the girls) but at one point it got so comfy with us that it even closed its little eyes to take a nap. Liam, wanting to know if it was dead, clapped his hands really loud next to the bird's face while Solly ran down to the sandbox to get a shovel (I know he was thinking something up.... I just don't know what). It had been a good ten minutes by the time Solly got there with his shovel and that's when the bird came to his senses, (i.e. had the $h!t scared out of him) and flew off. We all cheered. And I vowed to send the kids up a ladder to smear up the high windows too....after all, it's for the birds....

Have a great weekend and I hope to get back to more regular updates....especially with the possibility of big changes (think relocation) in our future!
Posted by karen diane at 9:34 PM No comments: