It has been almost three months since the marathon and I have written what, once?!?! So much has happened, and admittedly I am behind in every area of my life. I am quite certain that when you break down Chaos Theory into tiny little pieces, at the very core you will find our family. A lot of Scientists are wasting their time…..they should just come visit Mars!

That said, here is the last couple of months, the good, the bad and the ugly, in a nutshell:

1. We considered getting some Guinea Fowl but acquired 4 Silkies instead (much to Kurt's chagrin…..) If you don't know what a Silkie is, click here.

2. Stripsies (a seven week old kitten) entered our lives…..(again, sorry Kurt! But how could you resist that tiny ball of fluffy love?!?!)


3. Stripsies fell off the second story loft to the first floor. (He landed on his feet…..one life down, eight to go!)

4. We discovered that one of our Silkies, who was still living upstairs in the guest bathroom, was clearly a Rooster. Now what?!


5. Leroy got mauled by a raccoon. (We think.) Emergency surgery, a ridiculous amount of stitches, two drain tubes and $500 later, (and many days of finger crossings since he refused his medications), he unfortunately recovered. 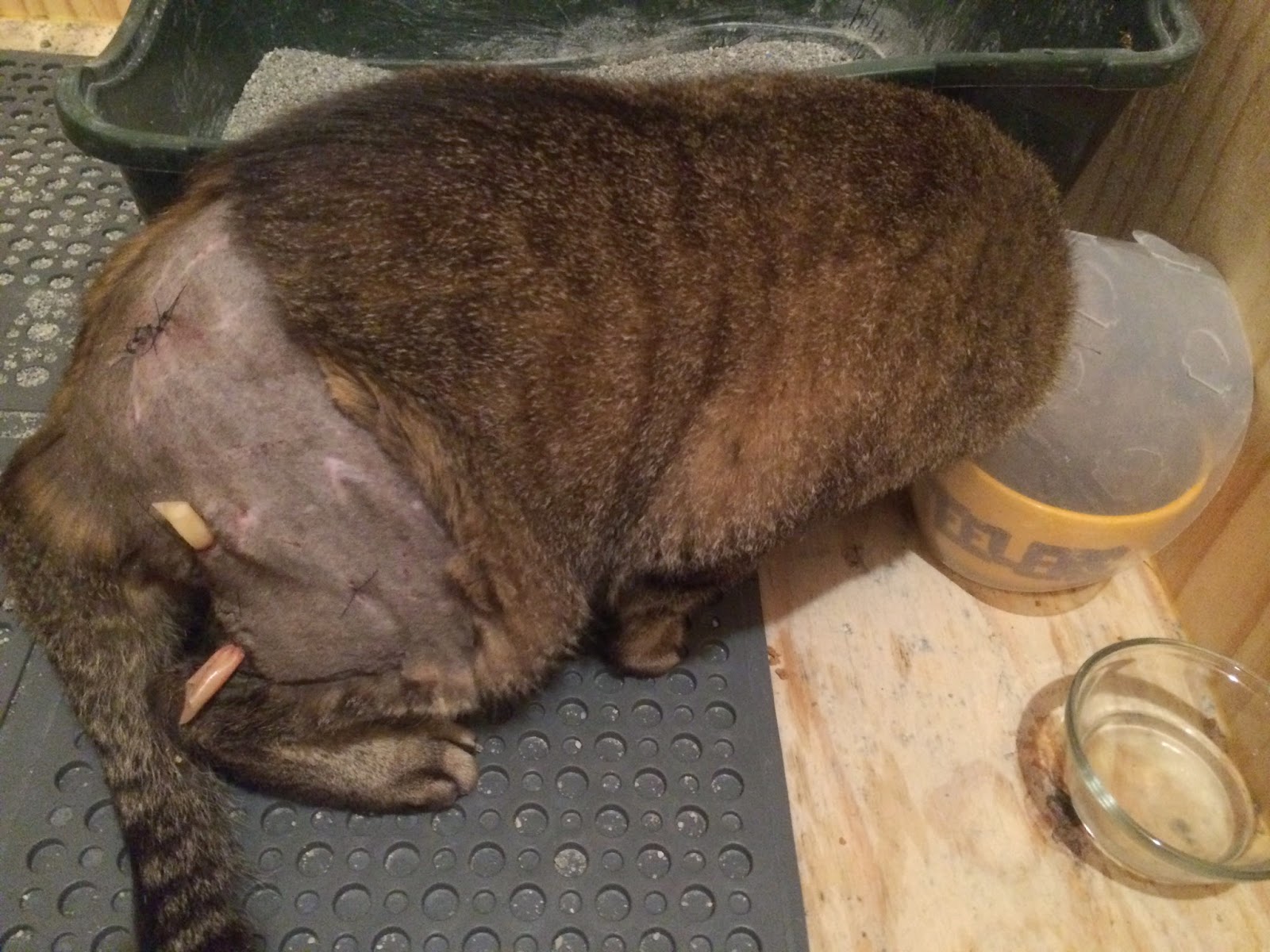 6. Kurt and the boys were in a head-on collision with an intoxicated driver. My 5000 pound SUV was totaled but they all walked away with minimal bruises. (Oh and some traumatic stress…..and perhaps a wee bit of whiplash.) We love our Toyota! Ten years of loyal service and one, huge life-saving moment. Totally worth every cent we spent on that truck! 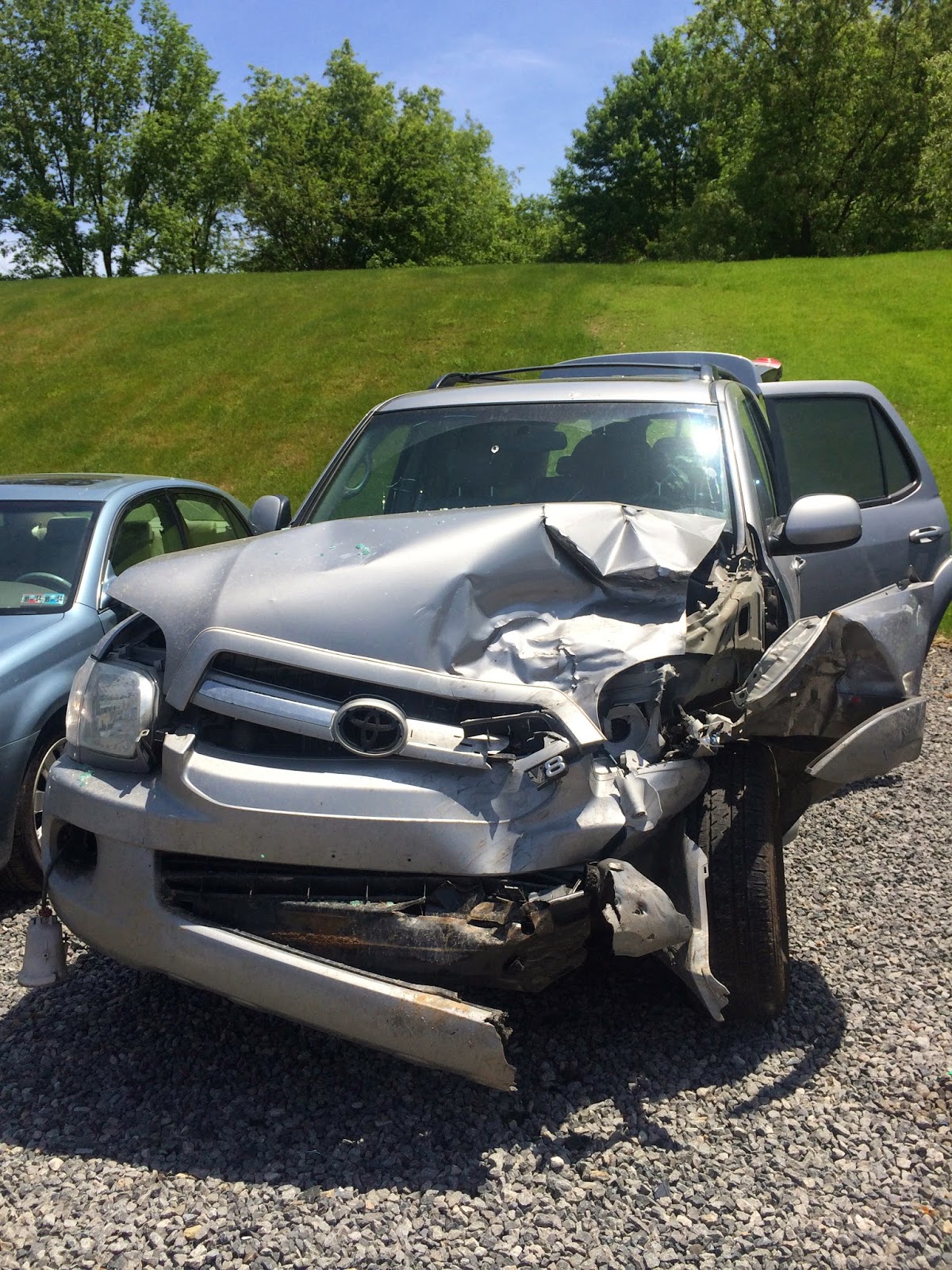 7. Our basement got flooded by an unruly toilet upstairs…..but on the bright side, we learned we own a lot of towels.

8. We tried to move the Silkies into the coop with the chickens and discovered that chickens can be fairly vicious. (The Silkies then took up residence with the bunny in his outdoor mansion……he's not too thrilled but we are pretty sure he will get over it.) 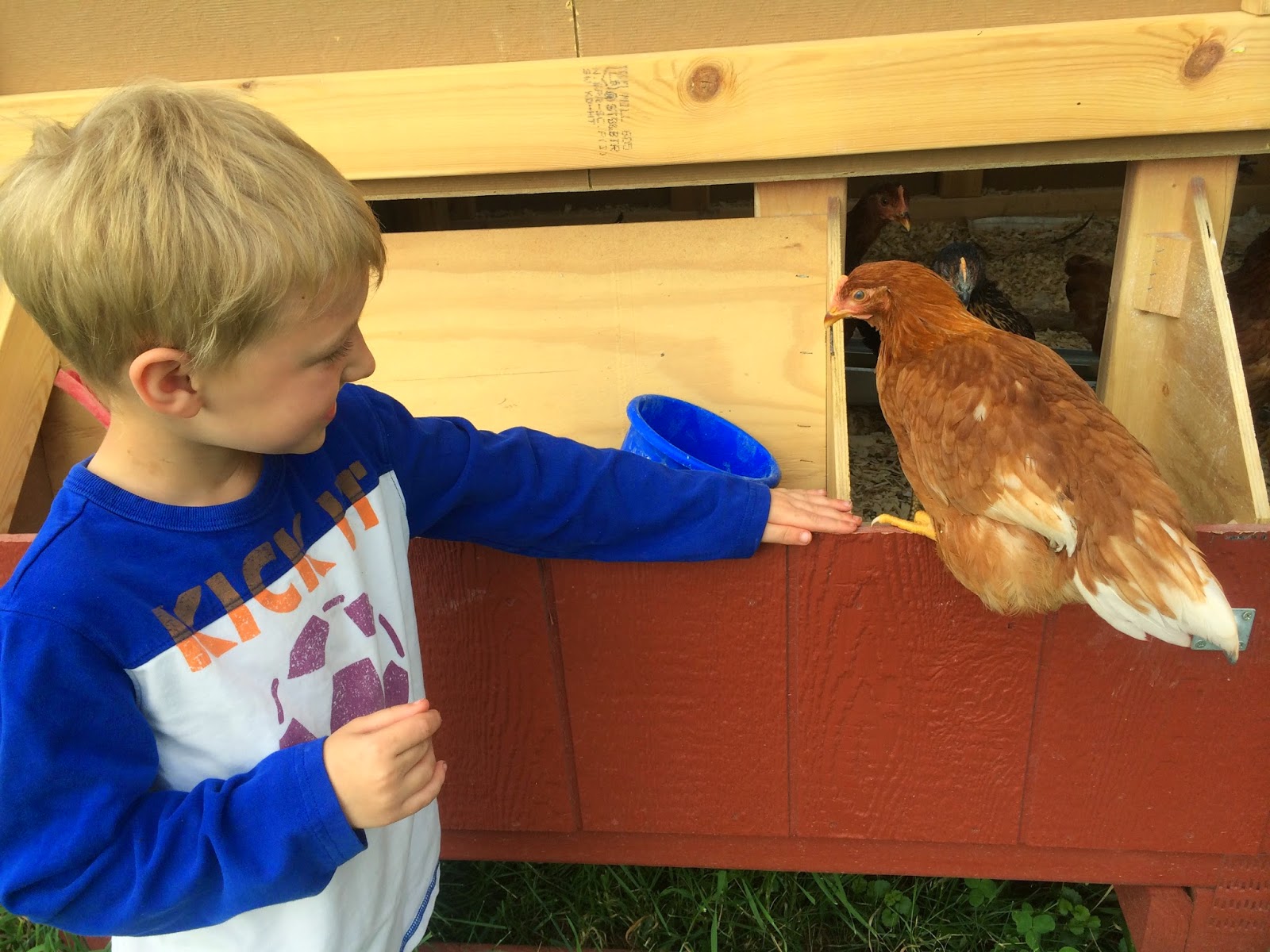 9. Our one working washing machine broke which made us bite the bullet and buy a new set. But we were able to donate a washer and the matching (and still working) dryer to a friend who acted like Christmas came early because as luck would have it, her dryer broke the very same day.

10. The tiniest of the Silkies got slaughtered by a raccoon who apparently tried to pull it (unsuccessfully) through the cage wires…..don't worry, I didn't take any pictures…..but the other Silkies and the Bunny have not been the same since!

11. After Fluffy's demise, we stuck the Silkies in with the other chickens. So far, they are all still okay (although Fuzzy, the last remaining, tiny, gray chicken is more or less attached to his/her black body guards…..) 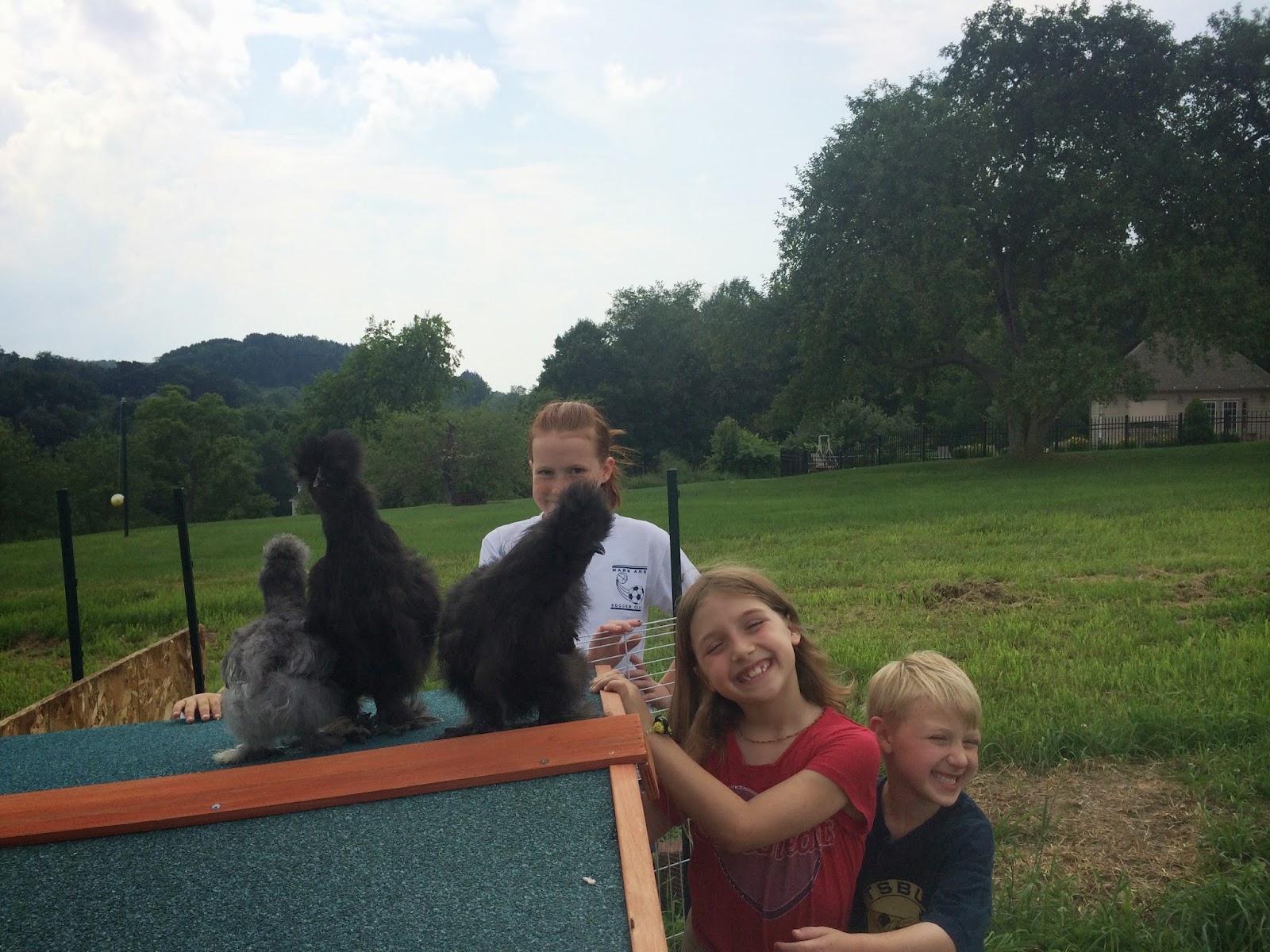 12. Solomon claimed one of the Silkies as his own, and named him Superman. 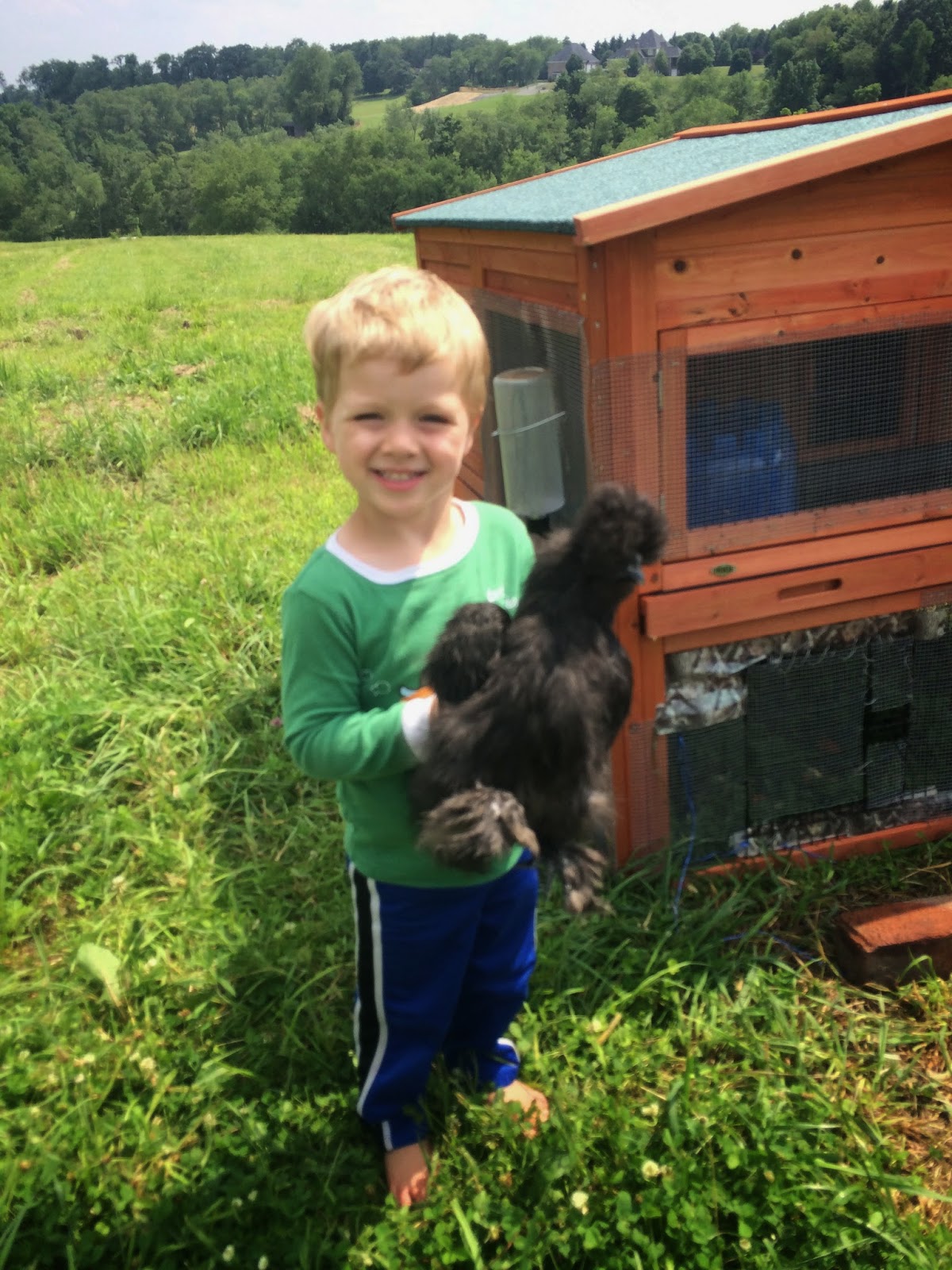 13. Oreo and Stripsies shared a Vet appointment, which is really not news but I took a picture and thought I would share. 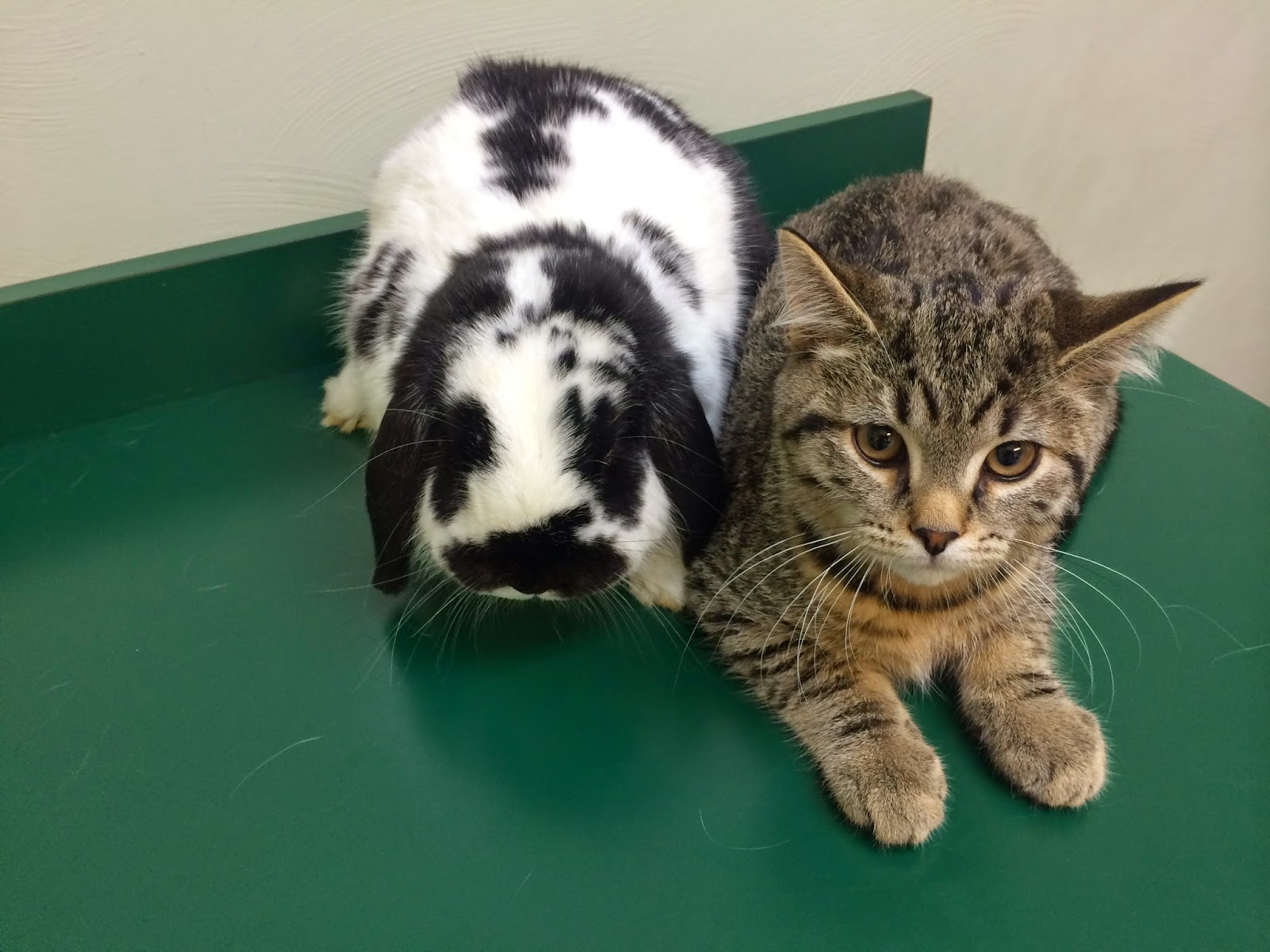 14. I learned that you really oughtn't put a 10 pound bag of bird seed in the passenger seat of your BRAND NEW SUV and then drive like you always do…….lesson learned. 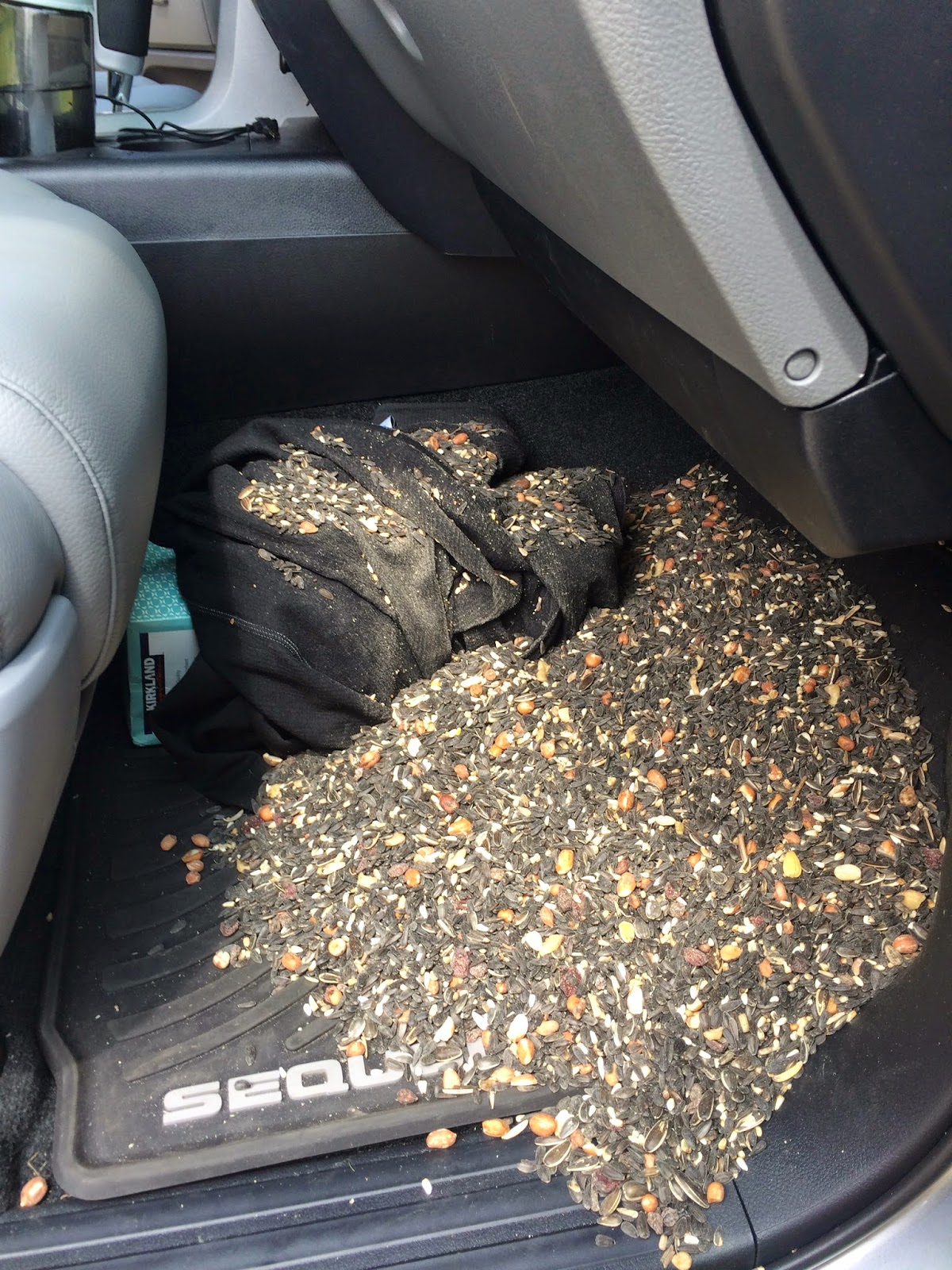 We are off to Sun-struck-crazyville, I mean, Florida next week so I will update as I can.

Have a great day/week/month.
Posted by karen diane at 8:23 AM No comments: