Some people are just natural encouragers. Take little Liam for instance. Yes, you may know he is full of joy and happiness but he is also a little bundle of enthusiasm and encouragement.

This morning, we were going to his speech appointment where he was going to be finishing up some testing to see if he still qualifies for services (a blessing to be sure!) We decided we would stop by the local coffee shop to pick up a special coffee for his pathologist as a Happy Thanksgiving gift. I missed the turn.

"I screwed up my driving and missed the turn," I told him.

Then again, if someone were constantly telling me I was awesome after half the things I said and did, I might very well be super encouraging to others, too!

Have a Fantastic Thanksgiving!
Posted by karen diane at 9:01 AM No comments:

Thought I had forgotten about you, didn't ya?! No such luck! We have just been super busy.
It occurred to me recently that although everyone thinks Madeline and Lily look a bit like twins, they are really very different kids. I don't know if it is because unlike the people-pleasing Madeline, Lily has already gotten in trouble this year for lashing out at other students (twice in one day....apparently they did SOMETHING to deserve having their work scribbled on by my daughter and then having their scissors snagged away) or if it is just the different types of things that they are "into" these days but no matter, they are each very much their own person. And I think it can be best accentuated by their art.

Let me use Aidan as the control sample. Notice his works of art: planned, skilled, structured. He is the kid who, when told to do his best work, executes every last stroke of his pen, pencil, or paintbrush with precision, putting each line meticulously in its place, making his mother panic in the painstakingly slow process of everything he does. But, the finished work is often worth the head contusions from banging the wall wait:


Then there is Madeline's art: simplistic, cute, happy, calm, relaxed.


And then there is Lily. I think her frenetic art speaks for itself (as well as her inner being!):

It had been a rough few months. In the midst of the excitement over being pregnant with our second child, there was the scare of an ultrasound which had pointed to possible problems: a blob-like mass on the placenta, cysts in both sides of the brain; and a blood test that showed elevated risk. There had been worry from family and friends, lack of understanding from health care providers who told us we "couldn't make an informed decision without having an amnio" and similar feelings from those around us. We had cried in the fear of the unknown yet held tight to a hope that reassured us that no matter the outcome, all would be well.

The moment of peace that descended on us when we were told we were only faced with potential Down Syndrome, not something else more devastating or fatal, is like nothing we can describe. But after all that fear and worry and stress, we were left with the peace that can only come with great surrender.

In those last few weeks, we studied Down Syndrome and we spoke to parents and families who had been affected by it. We tried to stick one foot in that door, just in case, and in the privacy of our home we tossed around our thoughts and feelings and retained our hope as we prayed our silent prayers: prayers of acceptance, of faith, and of surrender.

When she entered this world, we saw a squishy, healthy baby that had come quickly and efficiently to us. It was late at night and the nurses showered her with praise as they prepared us for her first night in this world. Yet one questioned remained: Did she have that extra chromosome?

You'd think we would have known instantly. We had done this before, certainly our parental instincts would kick in and overwhelm us one way or another. But truth be told, she was like most newborns, slanted eyes, a squashed face, a little swollen, beautiful and perfect. We had given her her name and she was ours.

But the first thing everyone wanted to know when we called with our joyous news was: Is she ok?

And we told them, yes, she is okay, one way or another. And the nurses reassured us that she was healthy but that they couldn't tell us anything more than that. They couldn't determine whether she had that extra something or not. We'd have to wait until morning.

Seven years ago today, morning came and it didn't matter really what the doctor had to say because the thing is, when you have a baby, your heart grows a little larger and beats a little stronger and the only thing that matters is that all encompassing love that is big enough to sustain life, whatever it may offer. And babies, well, they are gifts and like any heavenly gift, we don't get to pick out the details. And like most gifts, babies do nothing to deserve our love, they simply exist and we simply swell in their existence.

It's one of the few glimpses we get into the heart of God.

The doctor came in early and I could almost sense the stifling of a great chuckle when we asked him about her chromosomes. She had the typical amount he assured us. Yet what we felt was not some collective sigh of relief but the simple acknowledgement of grace: a grace that had allowed us to find peace in the midst of the unknown and assurance in our total surrender. And in that moment, we inhaled what was and exhaled what could have been knowing that either way, we had been given an incredible gift of love.

Posted by karen diane at 6:54 AM No comments: 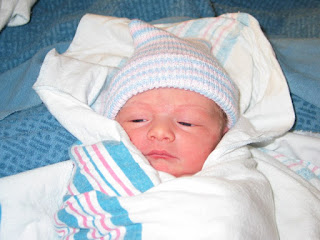 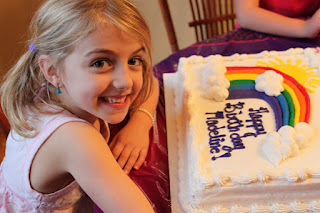 Posted by karen diane at 4:44 PM No comments:

Sometimes I only catch the end of the conversation but sometimes that is all I need to hear.

"Sticks and stones may break my bones but words can never hurt me," Madeline chanted to her siblings who apparently had said something less than kind.

"Yuh-huh," Lily said, scooting her chair away from the table.

"No, they can't," Madeline replied.

"LILY, your words did NOT hurt me. You punched me, that's what hurt!" Madeline insisted.

"Hey Mom, do we have a really big dictionary?" Aidan asked.

"Aidan, you are not hitting your sister with a dictionary," I told him.

Really, we are in fact trying to teach them kindness but it seems to be oh, so hard sometimes.  As a matter of fact, sometimes it seems like we are actually just a comic strip waiting to happen.

Have a great week!
Posted by karen diane at 1:34 AM No comments: