Updates from the Farm

It has been almost five months since I last sat down to write. Someone asked me about the blog a few weeks back and I had to pause for just one wild moment as stories and images flickered through my memory. It feels like a lifetime has passed.

So here are the significant events from the last handful of months:

Lily almost went into anaphylactic shock after consuming a Macadamia nut the day after school let out. Our summer was spent reading the backs of food labels, making certain there were no traces of tree nuts because while she is only potentially allergic to a few of them, the one would almost certainly kill her if she did not administer her medicine after an exposure. I was reprimanded by the allergist about this and he did not seem amused when I explained that the gas station apparently doesn't sell epinephrine. We are getting along dandily.

We inherited 7 kittens....and the best part about it is that no one really thought much about me owning several dozen chickens but when told we have 7 kittens in our attic now, they look at me like I have lost my mind. So, here's a little hint guys: it's not the kittens that put me over the edge! But truly, they are the cutest things. Now a bit more adolescent-like, they each mimic the personality of the owner who claimed them. Liam's cat, for instance, is the friendliest of them all, preferring companionship over things like eating....he has the biggest, happiest purr. Solomon's cat, on the other hand, refuses to follow social norms, has pulled off and hid two collars now and is at once, loving and cuddly and alpha and stubborn. Hmmm.

While Kurt toured Italy with Aidan for a few weeks, the rest of the kids and I took a trip down to Florida. We all had a blast, it was great to be home and for the first time in a long time, I left with the  urge to just stay a while longer....and by longer I mean I spent a week looking at houses on Zillow, just to see what would be in our price range, you know, just in case. It would be hard to give up my make believe farm-life, but I am pretty sure I would get over it. (Or perhaps hide a few chickens out back.....with the kittens.....)

When we got back to PA, Marco came to stay with us. (He is the 13 year old Italian cousin Kurt brought home.....never question your spouse's souvenir choices....unless you have to feed them and keep them alive....) A month with Marco deserves it's own post but for now let's just say, there was never a dull moment.....and while we loved having him, I might have been okay with just one or two dull moments!!

Soccer started back up and then school and then Solomon got suspended because of a pocket knife (again, he probably deserves his own post....shoot, he probably needs his own blog!) and then Halloween came and went and now it is truly smack dab in the middle of fall and everything I am juggling seems suspended in time and space, ready to either fill us up or overwhelm us into submission. I guess we will have to wait and see. But, I hope your home is enjoying this season, though fleeting and indecisive in nature. I am grateful we have it to share, if only for a little while. 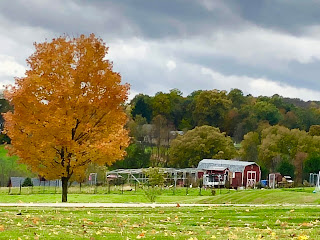