Mongooses (Herpestidae) are a family of 33[2] living species of small carnivorans from southern Eurasia and mainland Africa. Four additional species from Madagascar in the subfamily Galidiinae, which were previously classified in this family, are also referred to as "mongooses" or "mongoose-like"......Some species can learn simple tricks. They can be domesticated and are kept as pets to control vermin. However, they can be more destructive than desired: when imported into the West Indies to kill rats and snakes, they destroyed most of the small, ground-based fauna. For this reason, it is illegal to import most species of mongoose into the United States,[10] Australia, and other countries. --- Wikipedia (emphasis mine)


I would now like to introduce you to the newest species of mongooses: The Solomongoose


Today, I got the kids ready for school and out the door and then came back to the kitchen to assess the damage. (A dear friend of mine calls it "the aftermath" of the morning routine.) 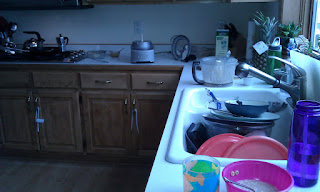 While cleaning up the aftermath here is what happened in another corner of the house:

I decided to deem it a disaster zone created by a Solomongoose fighting off some dreaded venomous vermin and rendered it untouchable for the time being; choosing, instead, to sit down for my breakfast while reminiscing about Mr. Coffee and wishing the Solomongoose wasn't so very darn thorough in his destructiveness.

But, apparently, the Solomongoose hadn't had enough to eat because fairly soon, I saw him walk through the room holding this: 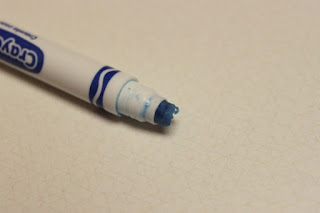 And it wasn't exactly difficult to figure out what had become of that marker tip as the Solomongoose is not adept at hiding his guilt:


And that is when he landed himself back into Solly-tary confinement: 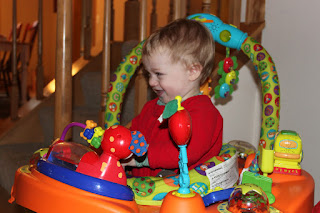