Sunday's Reminder: Where is grace?

Today's post was written a week or so ago after one of life's tougher days. And as I look around the current state of our home (in disarray from a fun-filled weekend of flurried activity that took place after a week stuck inside with an uninvited guest....darn stomach bug...) and I see the fruit flies we are apparently breeding in our fresh evergreen centerpiece (really bugs?) I realize this story is not too far from our present.


Today has been an overwhelming sort of day. We awoke to a freezing house (our brand new, less than 4 month-old furnace had apparently called it quits) and, moving slowly in that frozen state, we were late getting out the door for the bus stop. When I got home, I stuck Solomon in the highchair to eat a belated breakfast while waiting for the furnace repair man when all of a sudden, I remembered I had a conference at Liam's school starting IN 5 MINUTES. I hurried the three of us out the door, to the school, over the new layer of ice in the parking lot, arrived at the classroom 10 minutes late, got through the conference and rushed back to our frozen home in hopes I hadn't missed the repair guy. Still slightly bundled as we sat in front of the only electric room heater we own, a feeling of defeat overcame me as I looked around: the house was a wreck from yesterday's room rearranging and there were two humungous boxes from the table/chair sets we bought with no place to go but in the way. Even the cat was miserable....he joined us in front of the heater and just sat there, staring.
The repairman arrived and discovered our circuit board was fried due to water damage coming from an unknown source which they later identified as from the water softener, (a problem not covered under warranty, of course). After half a day replacing parts and rewiring our humidifier, our house finally warmed up. After he left, I still had to get to the grocery store, another conference, my mom's group at church (which, I decided was first on the chopping block and skipped!) and had yet to discover the nice ball of poop sitting in the middle of our floor....I'd like to blame it on the cat but I am fairly certain it was a child.....I'm just not sure how it got there....I'm not sure I want to know either!
I found a moment to run on my treadmill at some point in the chaos and I ran across this passage out of Jeremiah in a book I am reading: "You will seek me and find me when you seek me with all your heart. I will be found by you," declares the Lord. Jeremiah 29:13-14


After the run, I went back to reread the passage in my Bible since it is a personal favorite (and comforting one at that): "For I know the plans I have for you," declares the Lord, "plans to prosper you and not to harm you, plans to give you hope and a future. Then you will call upon me and come and pray to me, and I will listen to you."
And I thought, did I bother calling on God today? Was He listening? If I had been seeking Him, where would I have found Him?
And I realized that yes, we were running late in the morning but that the bus had been held up by another child and waited a little longer than usual, allowing time for my kids to get on. I then was late to the conference but it was filled with good news about Liam's progress in school and how well he is doing despite his developmental delays. The furnace problem, though an annoyance to be sure, was a good reminder of those less fortunate who are always out in the cold because they have no place to call home. And at the end of the work, the repairman gave us a pass and covered it anyway even though he didn't have to. Although I was late (again) getting to my kids at the bus stop in the afternoon, it was only because I had another glowing conference about Liam and his progress and than ran into a beloved teacher who wanted to share joyful news about her own son in Europe (while filling our tummies with M&M's in the meanwhile). And when I finally got to the bus stop, another parent had patiently waited with my kids so that the bus would leave them for me: a true act of kindness.
While I still don't know where the turd came from, (some things are better left a mystery) I realize there was so much goodness in the craziness. I am reminded just how easy it is to focus on the negatives while failing to see where our lives are drenched in grace. (Seriously, when was the last time you got the front parking spot at the grocery store during lunchtime!?! I so needed that.)

Anyway, I pray that you find warmth and strength for your soul this week in the love that is God; that the spirit beckons you, leading you to seek out those places where your life touches grace and brings hope to your future and boundless joy to your days.
Don't forget to seek Him out, don't forget to call.....He is listening!
"I know the plans I have for you," declares the Lord, "plans to prosper you and not to harm you, plans to give you hope and a future. Then you will call upon me and come and pray to me, and I will listen to you. You will seek me and find me when you seek me with all your heart. I will be found by you," declares the Lord.... Jeremiah 29:11-14 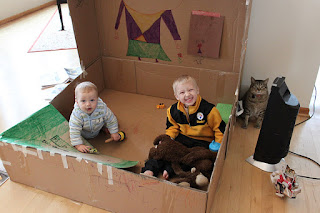