Toilet Paper Chicken - A sign of a slightly dysfunctional share house. The toilet paper has run out and everyone [complains] about it but there has been no agreement to take it in turns to buy more and no conversation occurs to resolve the situation. The person who bought the last packet flat out refuses to buy more out of principle so it is a game of chicken between the remaining housemates to see who gives in first and buys some more. --from the Urban Dictionary

Being a mom of young children requires that you navigate your way through what used to be seemingly simple things. You know those things we all take for granted....like showering for instance? Have you ever tried to sneak in a quick shower when you have a mobile and highly curious eight month old baby?

I have learned over the years that the simple act of showering with children under foot takes a very calculated effort. But even when fairly well thought out, it can still go very, very wrong. 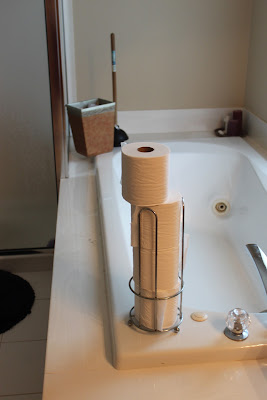 Take today for instance. I planned to shower when Solly was sleeping but since he didn't cooperate, I went to plan B. I prepped the bathroom, putting everything he'd be interested in up high:
Trash can, check
Plunger, check
Extra toilet paper roll holder, check

And then I put him on the floor with a few toy cars so I could hop in the shower.....

But I forgot one little detail.... 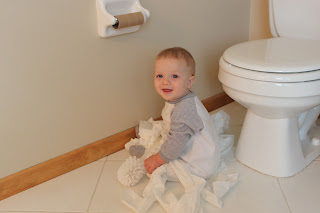 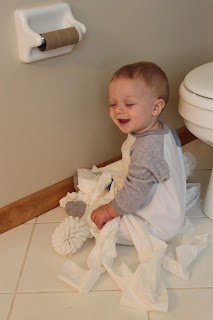 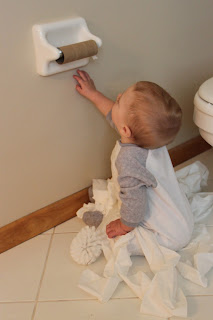 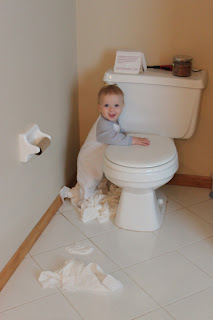