I got a voicemail yesterday:

"Mrs. Wolf, this is the principal from the Primary Center. I had Solomon in my office just now and apparently in lunch he was throwing food at kids in the cafeteria and uh, in Music they are singing the song, um, Hot Cross Buns so at lunch he was standing up, singing that song and smacking his bottom while he, ha ha, was doing it and then pretending to shoot the kids with his finger....."

Imagine getting that voicemail, one in which, not even the principal can get through without cracking up, and then trying to reprimand the camouflage laden seven year old sitting in your car as you wait for the bus to arrive:

"Solomon, you cannot stand up on the table in lunch and smack your bottom while singing Hot Cross Buns....it isn't acceptable behavior." (Said no one with a straight face ever!)

Solomon did his darndest to keep a serious tone as he replied, "Ok, I know, Mom" and then burst out laughing as he almost choked on his words, "BUT IT WAS SUPER FUNNY!"

And I am sure it was. But, as I explained to him after his genuine, uncontrollable and entirely too infectious belly laugh subsided, just because something is funny does not make it right. As Steve Martin so wisely put it in the movie Cheaper by the Dozen, some things are "Funny, but WRONG!"

Parenting this one might very well be a long and laborious journey. And as my bestie down the street so lovingly pointed out, perhaps I need to mentally prep myself for his future endeavors because if the military thing doesn't work out, he might become an aspiring Chippendale performer....

Hey, at least he has options, right? 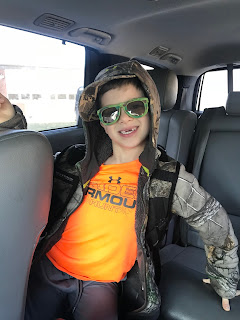 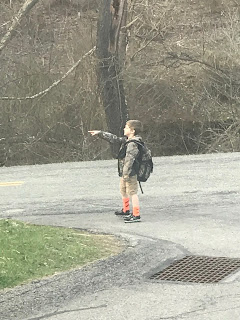