My mother called me the other day to tell me I needed to write something nicer about Solomon. Her argument had to do with how sweet he is (which is true) and that I have painted this picture of a monster (which is also true). So she requested that I write something about what a love Solly really is.....so, here it goes.

Dear readers, I must confess, contrary to most of what I have previously told you (which is all truthful and honest), Solomon is a complete and total snuggle bug (when he wants to be). He is so sweet and tender and almost-gentle and loving (at least if you are his mom...and sometimes his dad....or a few select others), that he insists on hourly hugs and kisses and, quite like a little puppy, he wants his back scratched and his tummy rubbed every night at bedtime. He will attempt to curl up in your lap while you read him story after story (and by curl, I mean wiggle and squirm as if he doesn't really want to be there but when you set him down he immediately crawls back on you and continues his little wiggly jig.) He is cute and funny and smart as a whip (why daddy, can you just hold this hot chocolate for me and keep it safe, away from Liam....I'm just going to sneak off outside and run down the entire street chasing after mommy who just drove off but don't worry, you won't even notice I'm gone and it is totally safe because look, no cars!) Even his name, Solomon, is supposed to mean "peace".....and at one point in time we thought maybe by naming him something associated with "peace" and "wisdom" we could bring some sort of calm into our lives. (Read here for the story behind his name.)

So yes, I have painted him to be a monster of sorts but that is only because when he is not being totally and insanely adorable, singing sweetly to himself so that our hearts swell with love and joy, he is walking about destroying everything in his way, like Madeline's foot, which he took out recently with a kitchen stool: 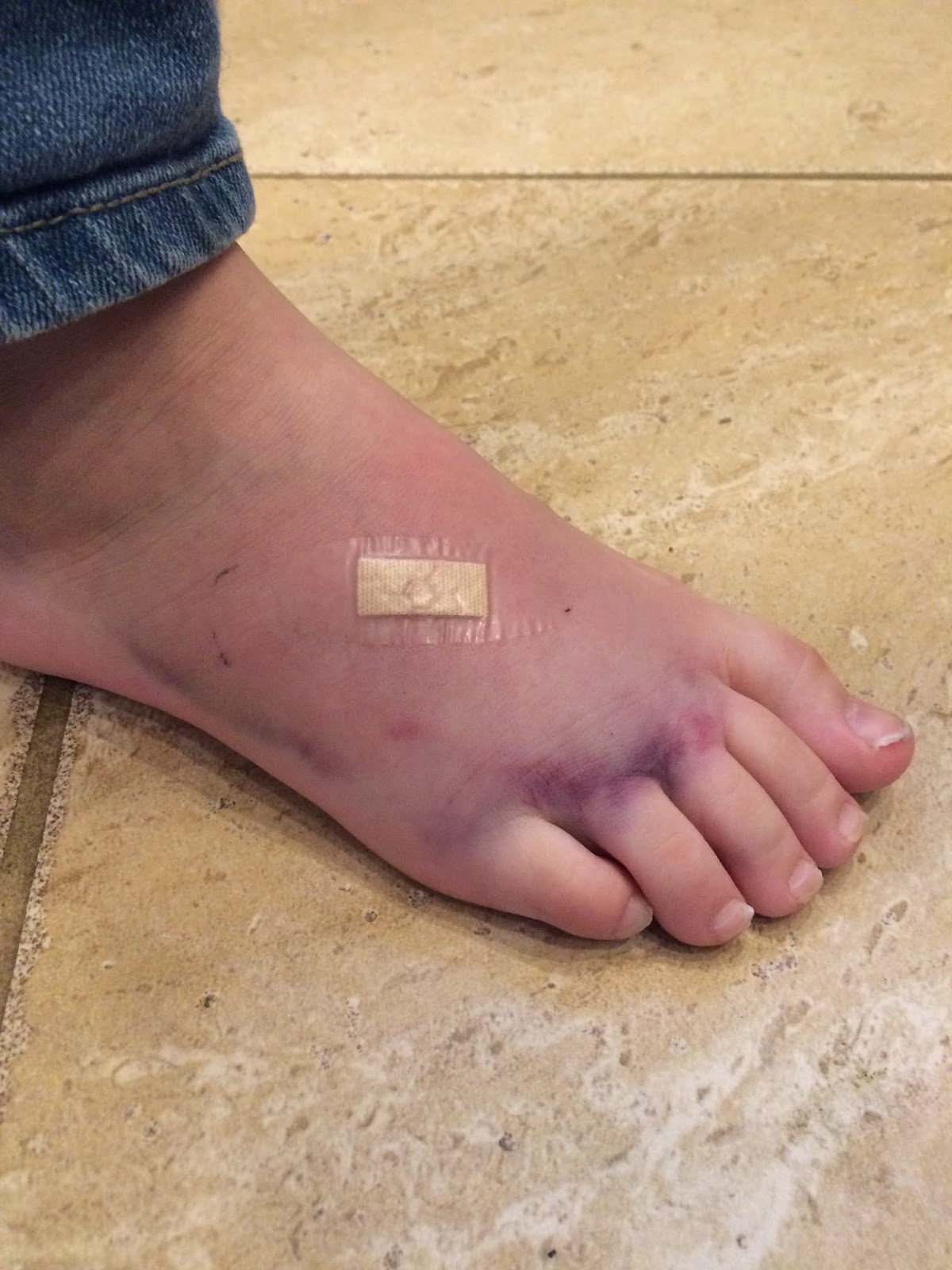 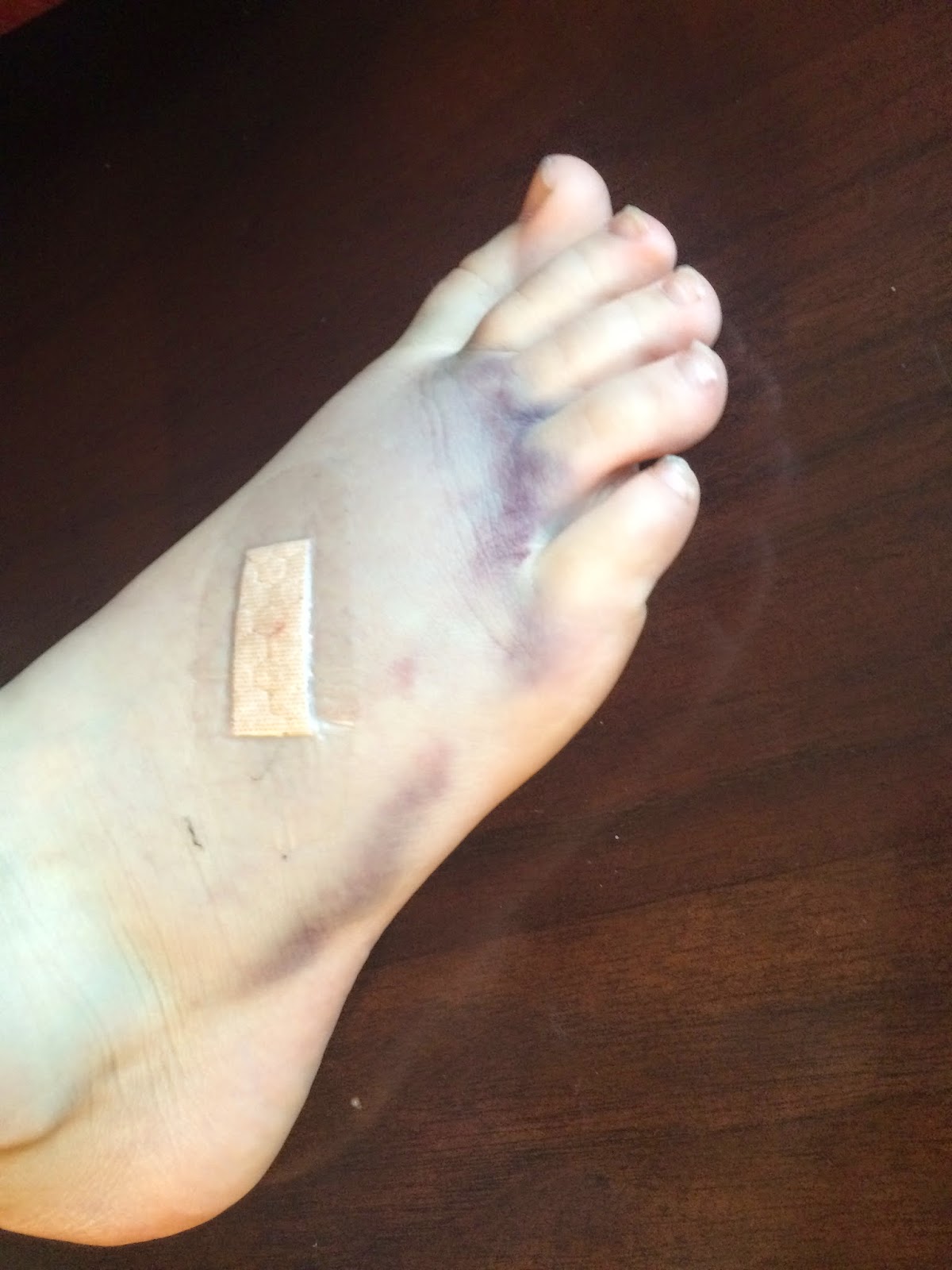 So, yes, he is a sweet, loving little boy but that does not exclude him from also living up to his name: Solomon, the Destroyer, because, if we are being totally honest here, wherever Solomon is, there is also a disaster waiting to happen. Yin and Yang.....it's the complete package.

And if you are Solomon, singing works great, along with a little daily smashing. Singing and smashing. If he were a super hero, he'd be SuperSweetSmashMan.