Having neglected the blog a bit too long, I thought maybe I would start this New Year out with a little update on the Solomonster. After all, he is set to turn ONE on Saturday, assuming he doesn't take his identity too far and get himself into a peck of trouble.

Why the nickname Solomonster you ask? Oh, I was hoping you'd want to know. 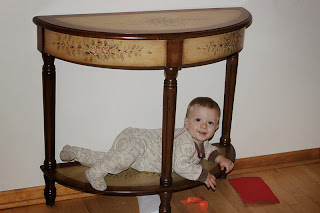 You see, like many babies, he is into everything. For instance, there's the time I found him pulling out everything from the kids' cabinet in the art room: 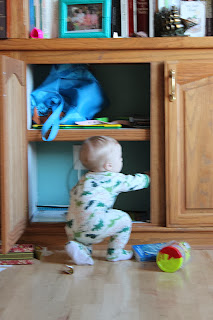 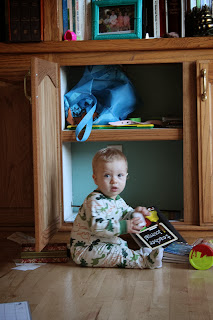 No big deal right?
Then he moved his reign of terror into the kitchen: 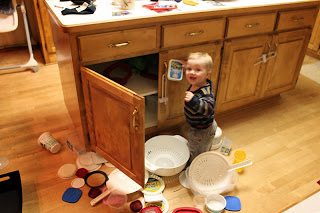 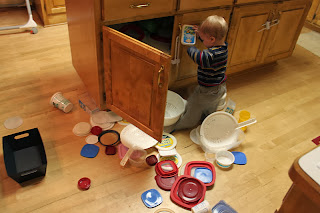 Then, he makes his way to our Bible stand.....and while one might think he is simply showing his extremely wise and spiritual nature, obviously living up to his name..... 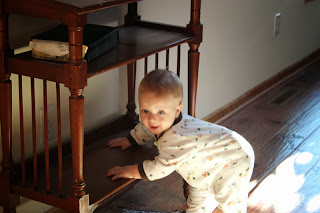 They'd be a little off for really he is just trying to see how much he can pull down (and then tear apart). 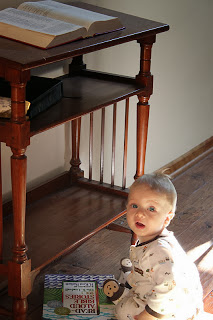 So, since I have stuff to do and can't always be protecting the entire house from his mayhem, he goes into Solomon-tary confinement and immediately he flexes his muscles: 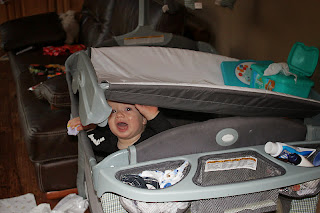 And then there is the battle at meal times. Look here: Solomonster peacefully eating his breakfast. Notice the rubber bands we have holding his tray onto the high chair. 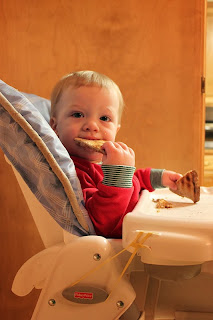 Now, watch what happens the instant we remove him from bondage and "unlock" the tray. 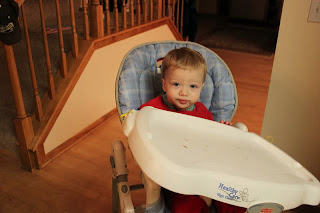 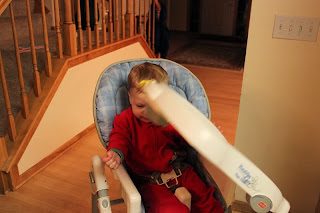 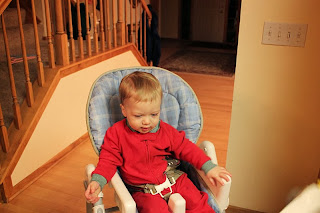 So, Madeline got this cute Mini Lop bunny for Christmas (yes, we know we bring on our own misery and suffering):
And Solomonster, what does he do? Well when he isn't sticking his fingers in the hutch trying to poke at Oreo's eyes and grab Oreo's ears, he likes to chase it: 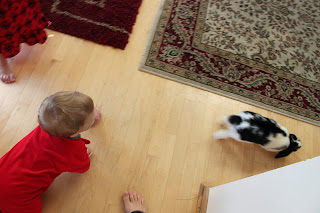 None of these things are abnormal mind you.....matter of fact, other than Kurt and I actually getting the pet rabbit for Madeline's Christmas present, these things are all actually perfectly in line with typical behavior.
But then the other day, as I was doing the dishes, I went to put the dirty plates in the dishwasher and discovered the bottom rack was missing.....at that same moment, I heard a noise that sounded vaguely like a raccoon getting his back legs run over by a tank while trying to escape the grip of an alligator around its waist, and I went running around the corner to find a very frustrated Solomonster.....upset that he wasn't able to get the dishwasher rack around the dining room table..... 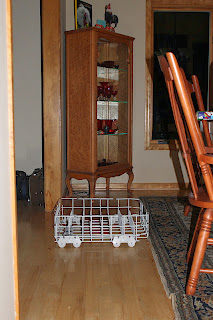 The kid is a monster. But at least I know where to look next time I can't find MY DISHWASHER PARTS!
Where will he strike next?
Round and round the house he goes, where he'll stop, nobody knows. But rest assured, I almost always know which little monster did it! 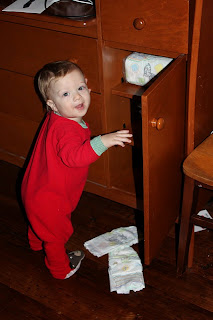 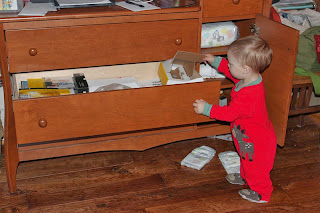 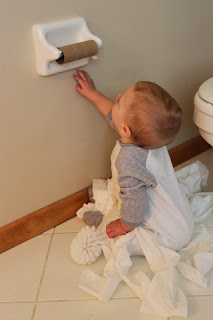