"Now, wipe that chicken off your face and get up on stage!"

"For over two decades, the National Chicken Council has banded together all of the major chicken producers in the U.S. to promote chicken sales in September, turning a once slow month, as the summer grilling season waned, into one of the year’s best performing sales periods." --National Chicken Month Consumer Info

So, I went to this site and lo and behold, by registering, I get to use all their great chicken photos! And how disappointed was I when I found out, they were all either cooked or ready to be so.....(Reminds me of a couple years back when Kurt and his brothers went on a Rush tour, 6 shows in 9 days or something like that, only to return and get me all excited that Rush had chickens on stage at every concert. I was in la-la land about the idea of live chickens prancing around on stage. Come to find out, they were rotisserie chickens, like 40-60 of them per show....roasting....during the concert....something about Geddy Lee wanting to balance our Alex's guitar amps with machines of his own....it's supposed to be funny....I guess we had to be there....) 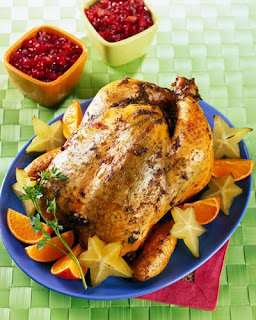 Anyhow, I have to admit, that the pictures I now have complete access to make my mouth water! So, eat up, all ye chicken lovers! (Never mind the fact that if you're thinking about it in light of this blog, it makes for one sick image...For example, that is obviously not Roasted Liam as he doesn't have that much meat in his whole body!)

ANYWAY, school is in full swing, and we are happily returning to our routines. One of my favorite activities is walking the nearby lake with friends. Usually this means I am pushing at least two kids in a stroller and sometimes it means overhearing fabulous conversations, like this one earlier in the week:

I was walking the lake with the girls in the double stroller when Lily started whining a bit and said, "Mom, we need to go home! My eye hurts REALLY bad!"

Before I could say anything, Madeline looked over at her and responded, "Um, then stop poking your eyeball with your finger, Lily!"

Hee hee, now THAT is funny...or maybe you had to be there.